How does someone get HIV?

HIV infection can be hard to spot in its early stages. Left untreated, a person with HIV will become very unwell over time.

You cannot get HIV:

It is extremely unlikely that you will get HIV from oral sex although there is a theoretical risk if you have open sores in your mouth.

Viral load is the term used to describe the amount of HIV in the body at any one time.  It is determined with a blood test.

When a person living with HIV is on treatment and the level of virus (viral load) in the body is so low that it cannot be detected (is ‘undetectable’), HIV cannot be transmitted to sexual partners. This is also known as ‘undetectable’ equals ‘untransmittable’ (U=U). 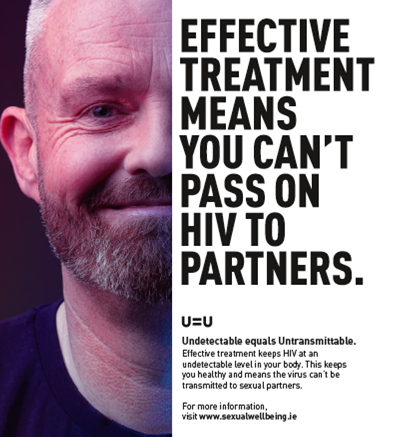 A lot of people with HIV see becoming undetectable as a very important benefit of HIV treatment, which decreases anxiety about onward transmission to a sexual partner. People are now taking their viral load into consideration when thinking about safer sex.

If you want to stop using condoms, it is important to discuss this carefully with your partner(s) and ensure they are also comfortable with the decision. This information may be new to a lot of people who do not have HIV; it may take time for someone to understand and trust what you are saying. It is also important to remember that while using this approach will protect your partner(s) from HIV, it does not protect them or you from other STIs.

The following are some guidelines for men who may be thinking about using this approach to reduce the risk of HIV transmission:

If you use this approach without disclosing your HIV status, it is important to remember that in some countries, having sex without condoms without disclosing that you are HIV positive is a criminal offence, regardless of the likelihood of HIV transmission.

HIV transmission and the Law

Travel, mobility and migration are increasingly part of our lives.

It’s important to be aware that in a number of countries, criminal law is being applied to people living with HIV who transmit or expose others to HIV infection. Different countries have different laws.

Currently, criminal prosecution for the sexual transmission of HIV remains untested in Ireland, in both the Republic and Northern Ireland.

The following is an example of how the law has been applied in England and Wales.

This is not legal advice. It is an example that you may wish to consider when making your choices about disclosure.

In the UK, based on the criminal prosecutions to date, a person may be prosecuted for reckless transmission of HIV if:

The law in the UK is not explicit in relation to a situation where a condom splits or slips off. The advice given in the UK is to disclose HIV status immediately and advise your sexual partner to get PEP.

The UK law covers any serious infection that is passed on sexually, so a prosecution for the transmission of Hepatitis C is also possible.